a couple things, plus a couple more. 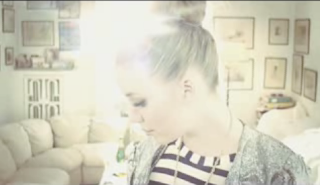 so much for not blogging. i don't have time to write (the article) this week so this is my form of escapism in the meantime. that said:

south park put every episode on their site for download: http://www.southparkstudios.com/episodes/

the 4-part baseball video i produced last week got a warm reception from the IOC. The client, Harvey Schiller, called it "fantastic," which made us here at the office very happy. http://www.usatoday.com/sports/olympics/2008-04-09-1041441043_x.htm?POE=click-refer
"Harvey Schiller, an American who took over as president of the International Baseball Federation a year ago, showed a video that highlighted several famous baseball movies including "Field of Dreams" and "The Natural.""

i'm obsessed with lykke li and am proud to say she is swedish and stellar and that i have tickets to see her with el perro del maron may 8. yay! http://youtube.com/watch?v=mUC0ezAlHwE&feature=related

my friend tom mccarthy, who wrote and directed the station agent, has a new movie called the visitor coming out this weekend. he said he's very proud of it and that it's good and that he's "a big believer in word of mouth. It's a cool expression. I like it more then 'Multi-million dollar television add campaign'. It's just more folksy. Like me. " so go see his film and spread the word: http://www.thevisitorfilm.com/

oh, and if you go see scorsese's new rolling stone's doc 'shine a light', look reeeally closely and might see my friend camilla and i getting down with keith and his guitar as he kneels in front of us during one of the concerts. i haven't seen the flick yet but i've been told you can make us out fairly clearly. that is if you can recognize me- i had long black hair. :P http://www.imdb.com/title/tt0893382/
Posted by Alexis Stember at 8:29 AM