Nothing Says I Love You Like Someone Elses Words 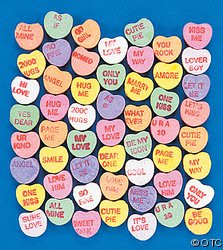 Remember when you were a kid and you had a crush on that boy (or girl) who sat two rows away in your English class and ate glue while the teacher read a Roald Dahl book to the rest of the class? You used to stare longingly at him until you finally took action, sneaking a box of sweethearts marked "From Your Secret Admirer" into his desk and waited for him to find it. You anxiously wondered if he would figure out who it was from, until you realized that every girl in your class had done the same thing, those bitches!

Wait- what was I saying? Oh yes, love and crushes.
The point I was trying to make is that I don't think we really ever grow up, but rather than sending that anonymously marked box of sweethearts, may I suggest a mix tape? You know, mix tape, like the ones you used to record on actual tape cassettes and embellish with hand drawn art that would list the songs that said all the things you, as a teenager, couldn't say yourself without being, like, 'totally uncool'?

If you still have those old mix tapes, by the way, be sure to add them to the online collection at Cassette From My Ex, a fun site I mentioned in an earlier post. If you don't have your old mix tapes, create a new digital one at Muxtape, or steal the one I recently updated and send it to your sweetheart with the words 'up all night,' and 'blood, sweat and tears' mixed into the accompanying note that explains how hard you worked on it. 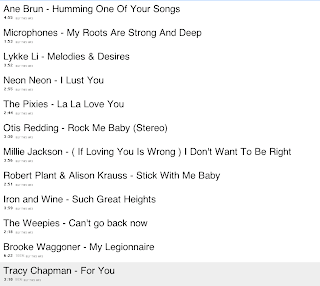 Posted by Alexis Stember at 5:22 AM