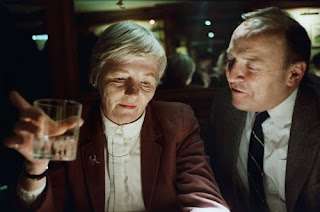 I don’t have much to say about Doug Dubois other than that I really love his work. If I were to go into much more detail, I fear I may destroy the magic of discovering it for yourself. I can think of no better way to make initial contact with Dubois’ work than to see it in person on the walls of the Higher Pictures Gallery, which will be exhibiting his Family Photos starting today October 29th (book signing from 6-9pm tonight for those interested) through December 5th.

It delights me to no end that The Moth, a New York City based nonprofit organization that has been conducting live storytelling events since 1997, has been picked up by the marvelous Jay Allison (who is also a contributor to one of my favorite websites, Transom.org) and Atlantic Public Media for distribution via PRX. In short, this means you can request it to be played on your local public radio station, and if you don’t know why you would want to do that, let me direct you to listen to a podcast or two. I’ll be damned if you don't love it.

PS- If anyone has an extra ticket or two for the upcoming Moth Ball in November that they’d like to donate for an armchair artist/storyteller (that would be moi), I can promise you homemade pie and a big kiss on the cheek. 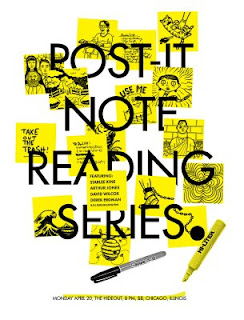 A wonderful series that pairs audio (live short story reading) and visuals (illustrations on post-it notes projected onto a hung bed sheet) in a deeply engaging and entertaining fashion. The authors reading have generally not seen the post-it note illustrations in advance and their reactions to the artists’ renditions of their stories is often half the pleasure. The series is held sporadically at the KGB Bar in the East Village. Check the website for details. 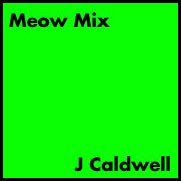 Dr. J is a scientist who studies pain in fruitflies. He is also a man who knows his music. You can subscribe to his kick-ass weekly Meow Mix, featuring an eclectic selection of you-never-know-what-but-you’ll-always-like-it tracks and delivered to your inbox if you send an email to jason.caldwell@duke.edu. You can also check out his Ill Beats hip-hop radio show on WXDU. It's online anywhere or on the dial if you’re in North Carolina.

This Brooklyn-based band has a legitimately great sound that transcends any hipster labels potentially bestowed on such bands (and no, you did not hear them announced as ‘Lady Cock’ at their last show, though that would be a pretty wicked name as well). While it would be easy to say that I am biased in my opinion (female band member Anne Carlisle is one of my bestest friends and has been since I was 14), I assure you that friendship does not buy you a good review in my book. Anne, along with band mates Derek Kretzer, Cliff Rawson and Kolby Wade, have real musical synergy and direction, but don’t take my word for it. Check out some of their upcoming shows in November and judge for yourself. 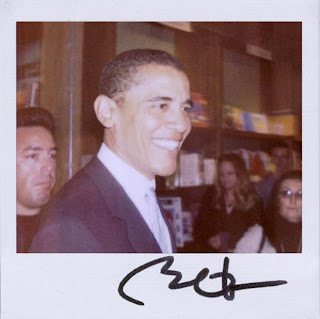 It’s been very rewarding to see Rick DeMint, who has been laboring on a project he calls Portroids (Portraits on Polaroid) for the past 6 years, get some well deserved attention lately. Since 2003, Rick has been meticulously recording everyone he’s met on instant film (myself included). Kanye West and the SUNFiltered Sundance Channel Blog gave it kudos, and so they should. 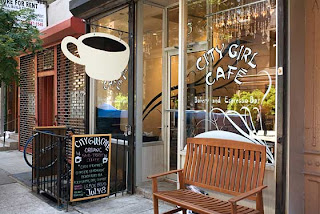 Very simply the best latte to be had in New York City. ‘Nuff said.

**Bonus points to you if you get one of their granola bars, peanut butter balls or brownies to go with it. They’re all out of this world.

8. Not Coming to a Theater Near You

If you like movies, especially obscure titles, you’re going to love this site. Those of you fortunate enough to have a Sunshine, Angelica, IFC, Film Forum or other art house nearby may recognize some of the titles but then again, maybe not. As stated on their site, Not Coming to a Theater Near You “assumes a bias towards older, often unpopular, and sometimes unknown films that merit a second look. This site caters specifically to those who find an impotent similarity in the ‘New Releases’ section of a video store and whatever’s “coming to a theater near you.’”

As you may have gathered by now, I like photography. In fact, I like it quite a lot, so much so that I derive great, unending satisfaction from reading about it at length. The place I most enjoy reading about it is on the exceptional blog, Conscientious. Jörg Colberg (in photo above interviewing Helen van Meene) consistently culls invaluable information, insights, opinions and links to things my daily routine can simply not do without. 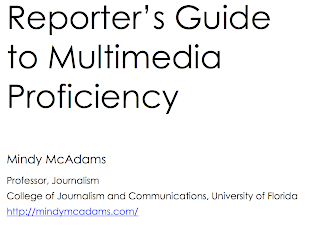 I am a big believer in expanding the horizon, definition and accessibility of journalism. This 42-page document is an excellent and generous primer on the technical aspects involved in creating content for the evolving space that affordable technology has created for us all. Exercise your inner citizen journalist and use it. 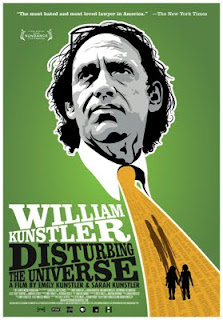 I couldn't conclude this list without adding something I can't believe I forgot- the recently released documentary, Disturbing the Universe. It's a very impressive and thought-provoking film made by the daughters of William Kunstler about his seemingly illustrious and not so illustrious life and career. 110% worth seeing.

Posted by Alexis Stember at 1:01 PM